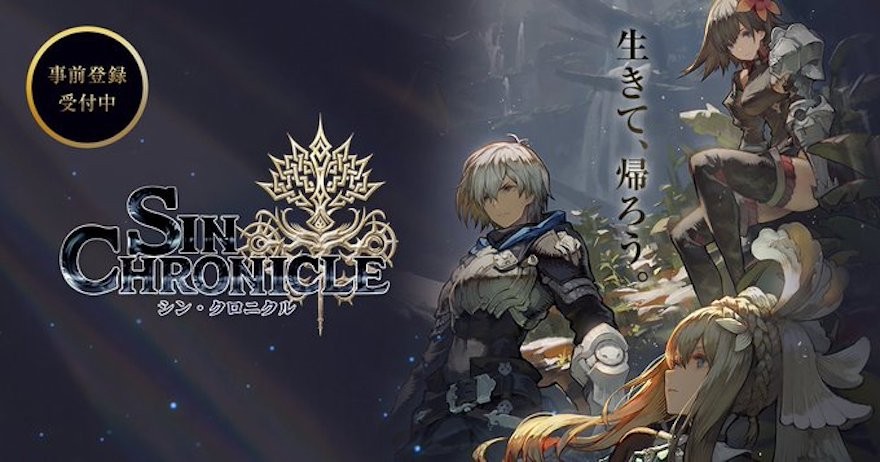 Created by the creative minds behind Chain Chronicle, Sin Chronicle inherits the spirits of Chain Chronicle, but follows a completely different story. In Sin Chronicle, players will have to determine their own destiny. Every chapter, they have to make an ultimate decision that determines the route they are on and the decision can’t be retrieved. The allies that you choose joining the journey will also change your fate. 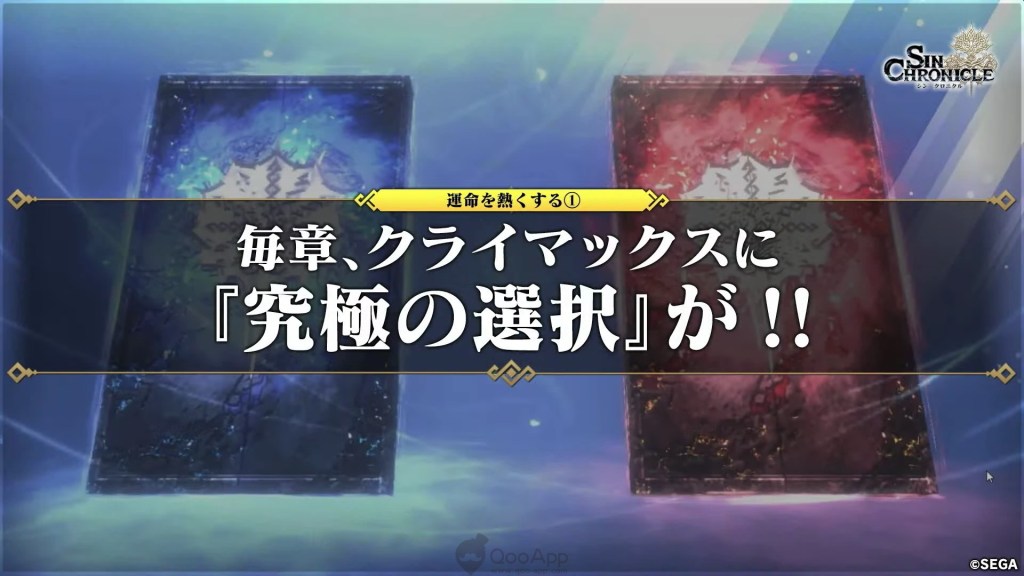 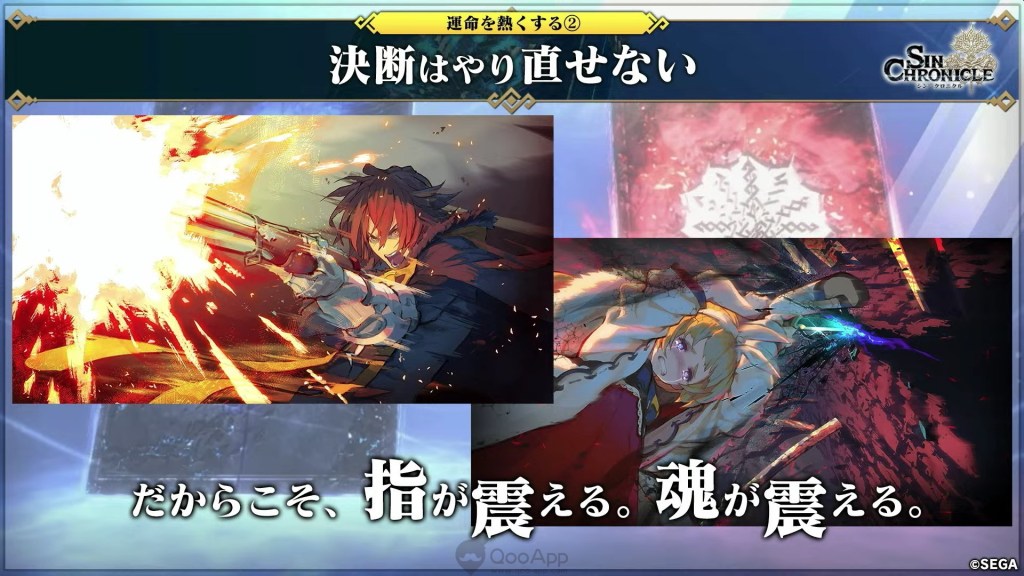 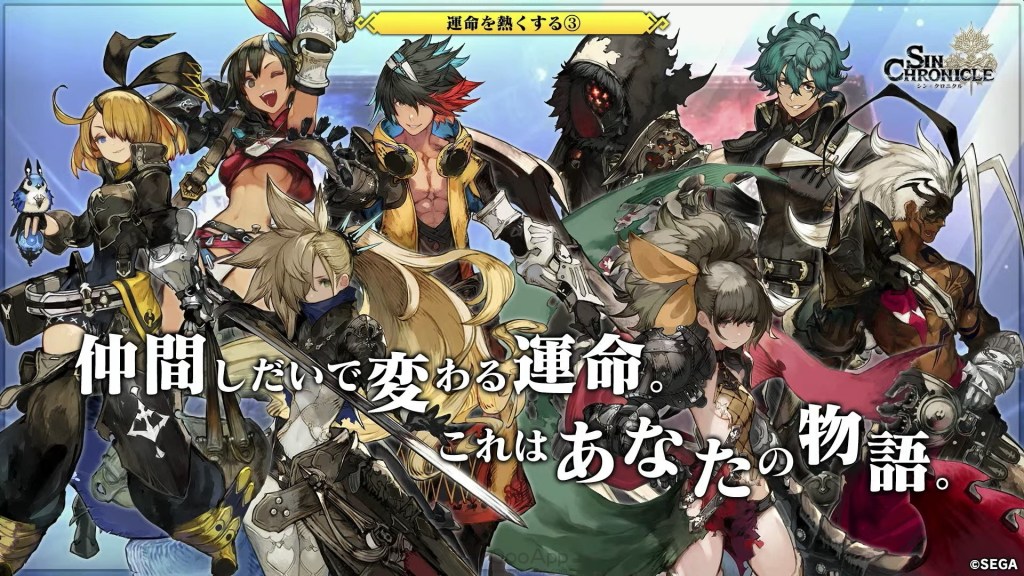 In the fantasy world of Herudara, Dark monsters from the Abyss threatens human’s life with the dark power. In order to protect themselves, the humans build a huge wall to defend the monster. Those who fight the monsters putting their lives at stake are known as the Knights of the Borders. The protagonist is a young knight who gets lost in the Abyss in a mission. There, he discovers a mysterious scroll, which sealed a power full spirits, Mythos. His journey to an epic adventure thus unveiled… 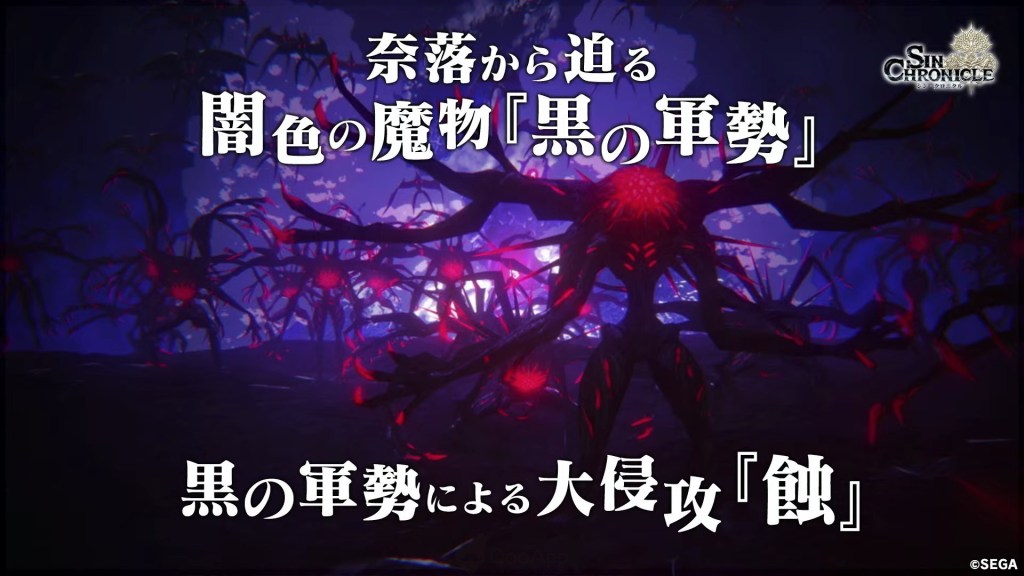 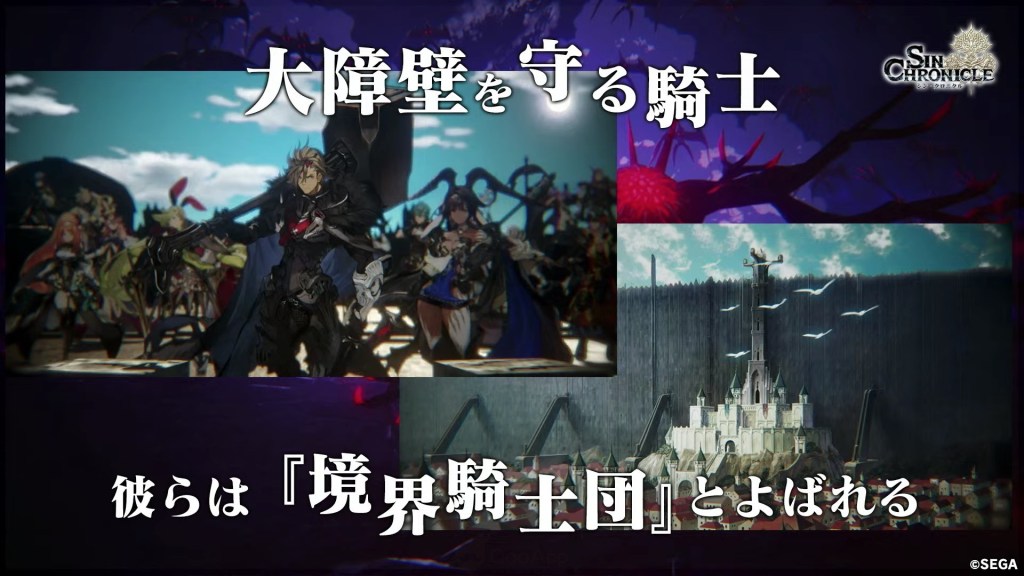 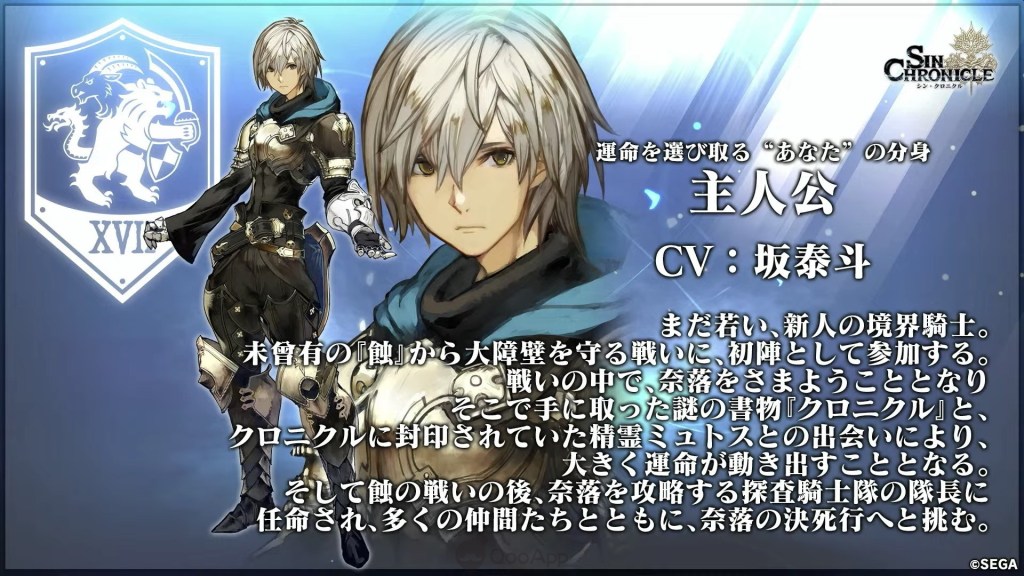 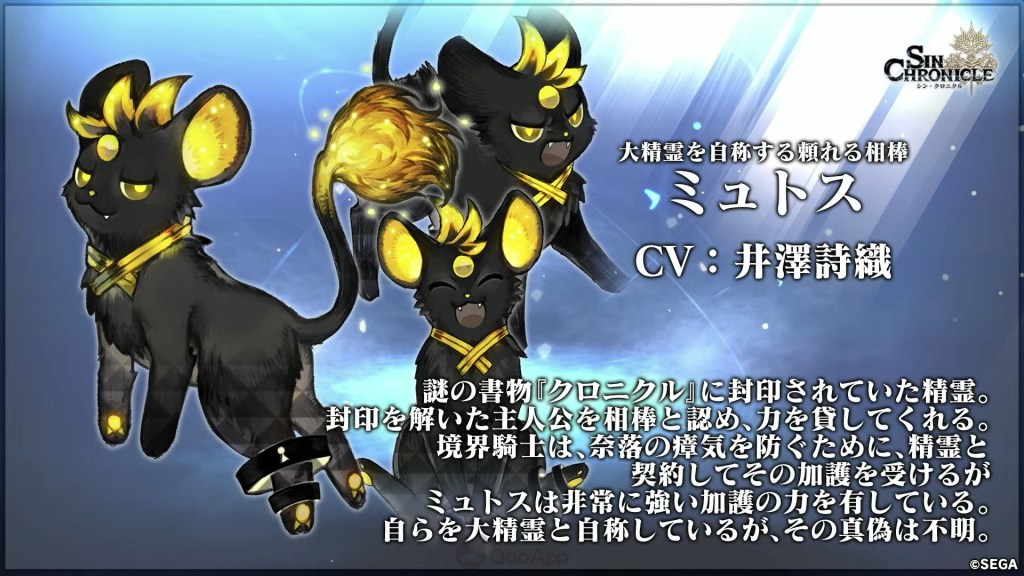 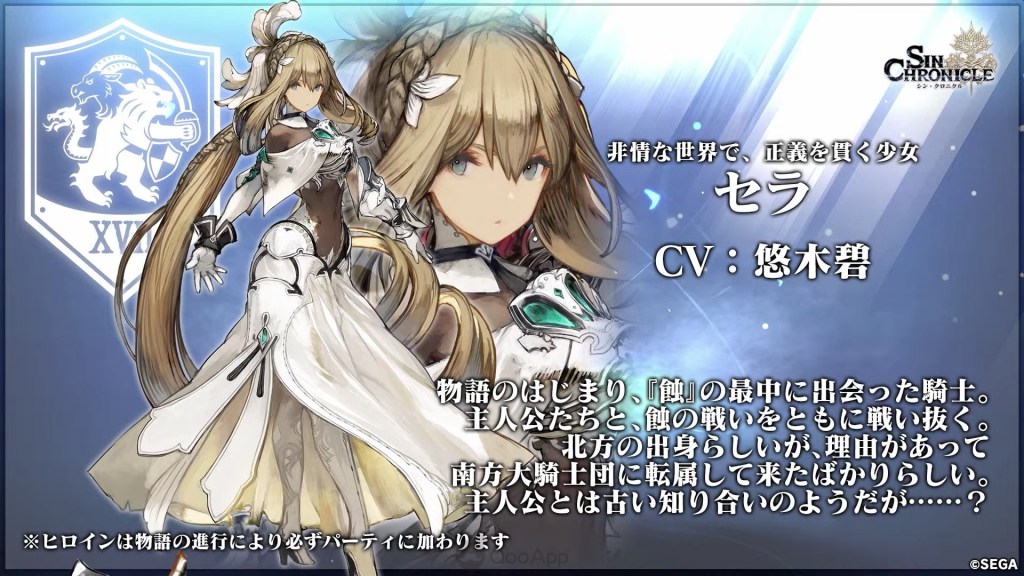 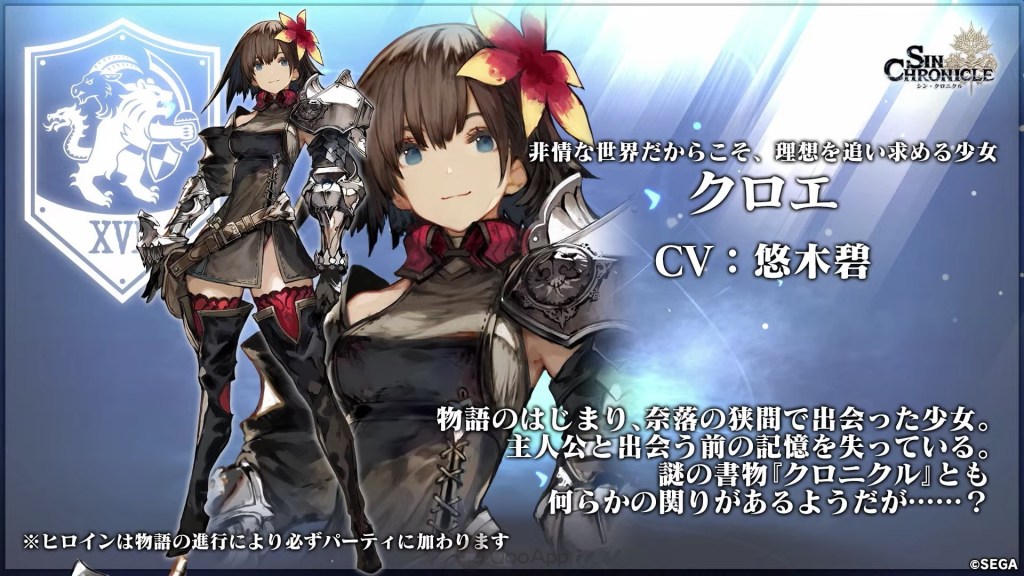 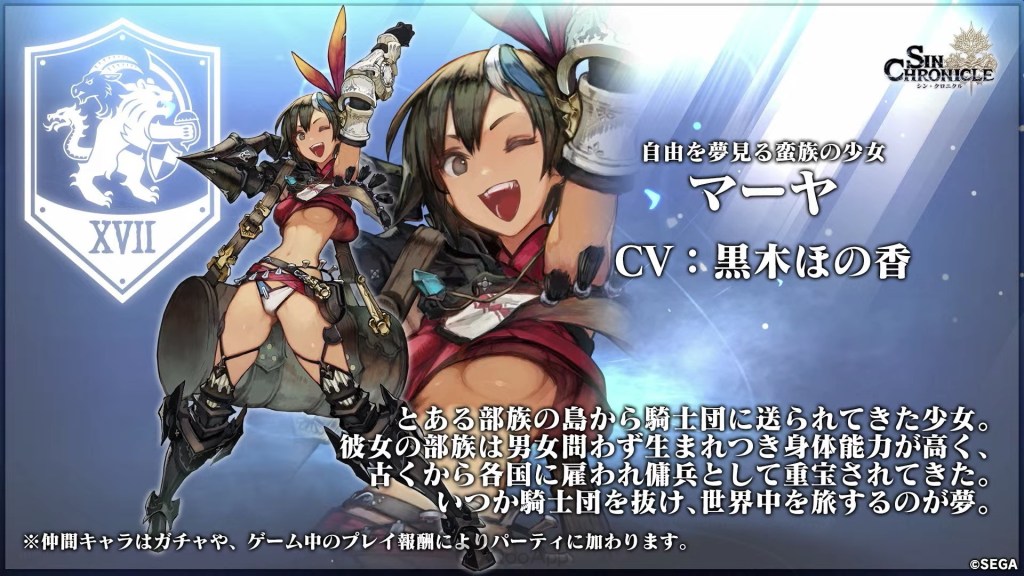 In Sin Chronicle, players can freely discover on the map and obtain different items and weapons. The game features a turn-based command battle system, where players utilize the character’s different skills to defeat the monsters. You can also unleash their special moves when the gauge reaches its fullest. 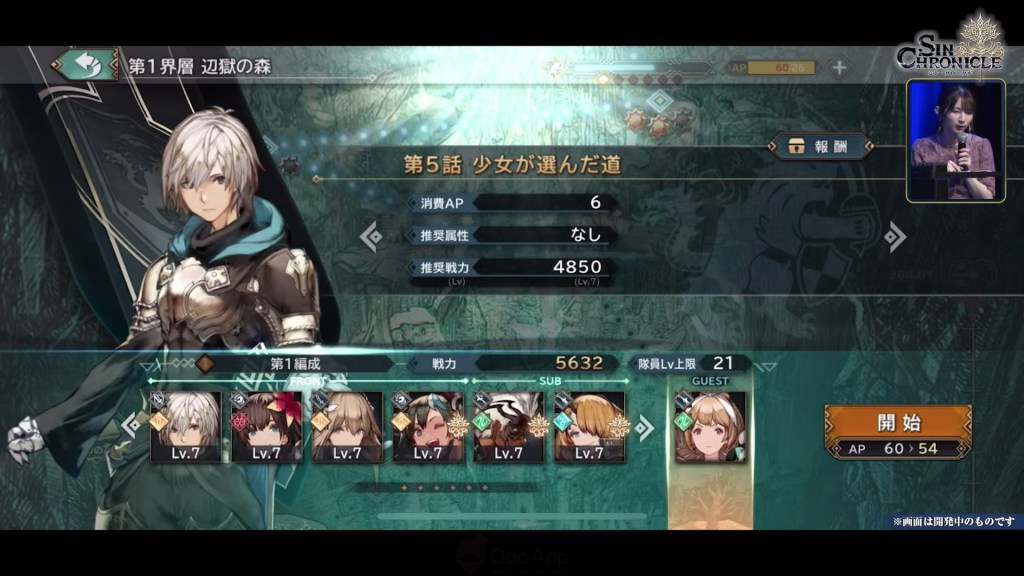 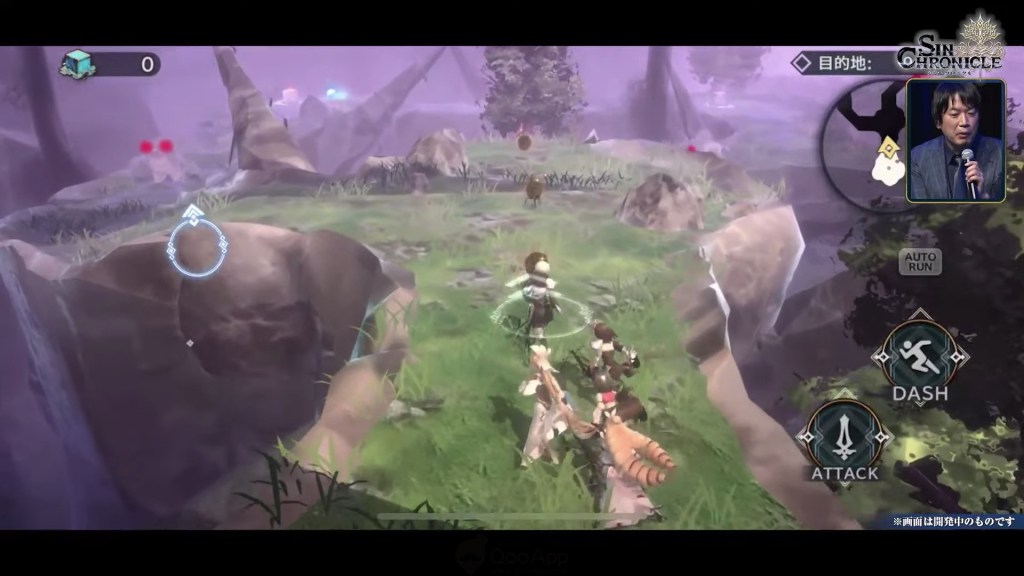 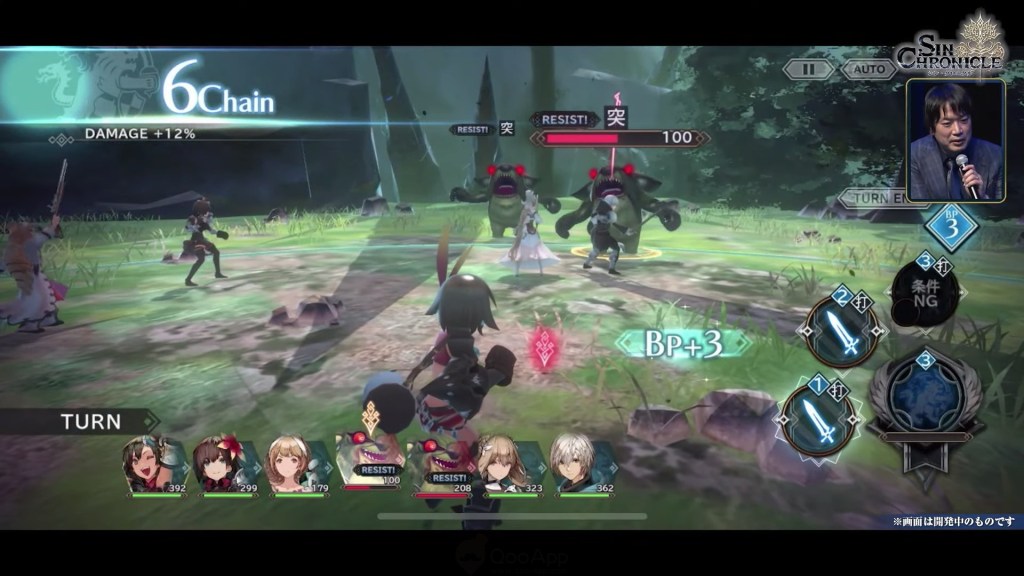 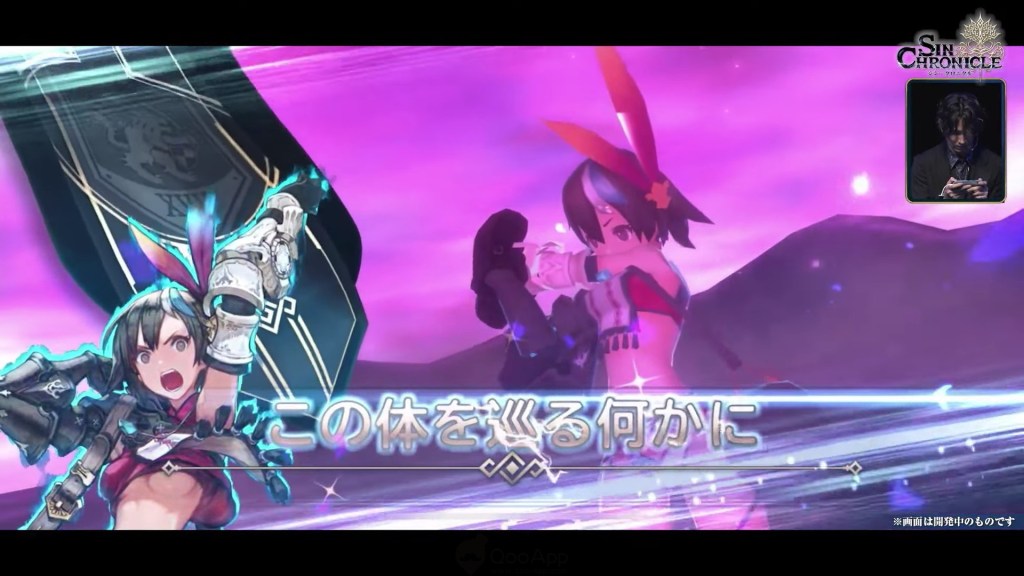 After the adventure, players can interact with the party members. The members that you choose will bring different events and thus affect your journey later on. 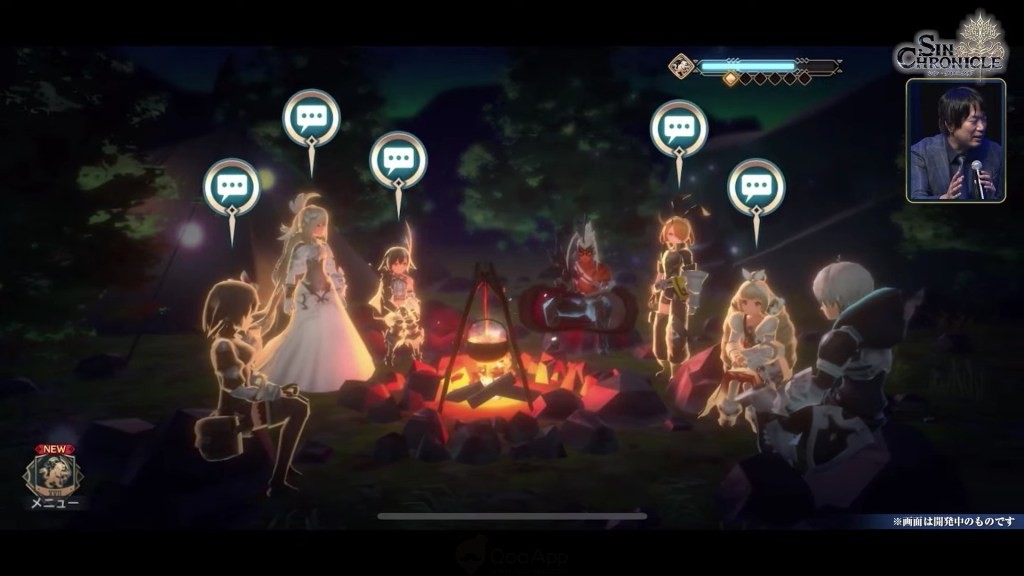 Illustrator N.P.A is working on the character designer. Kevin Penkin, who is known to compose for the Made in Abyss anime, is credited as the main composer. The game also features various guest composers, including Kenji Ito, best known for his work on the Mana and SaGa series. 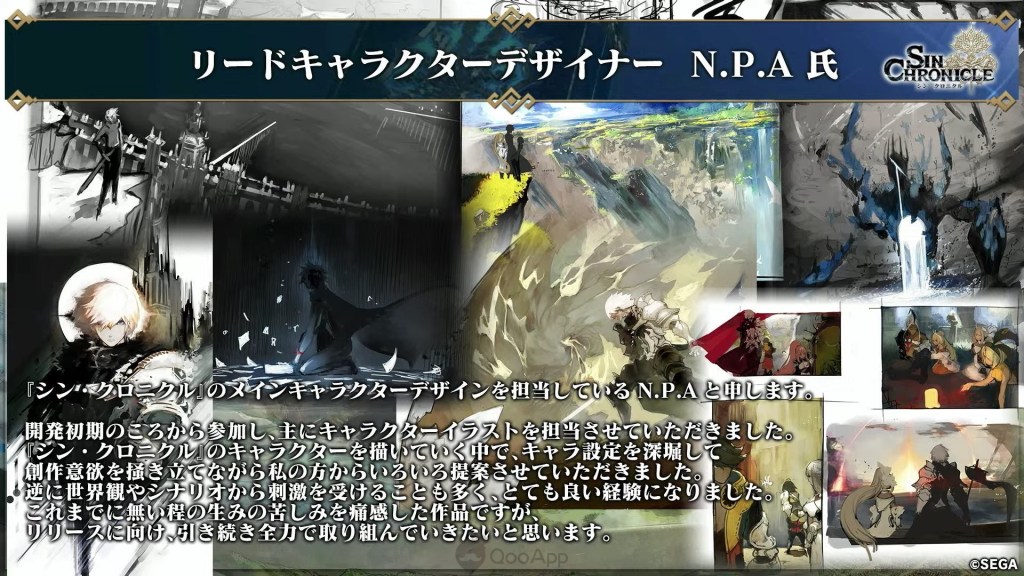 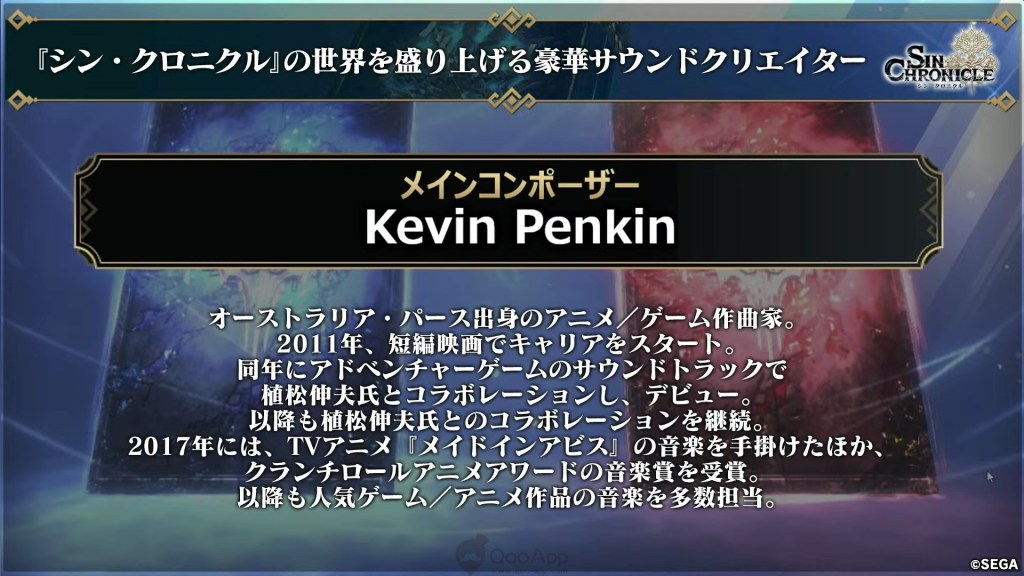 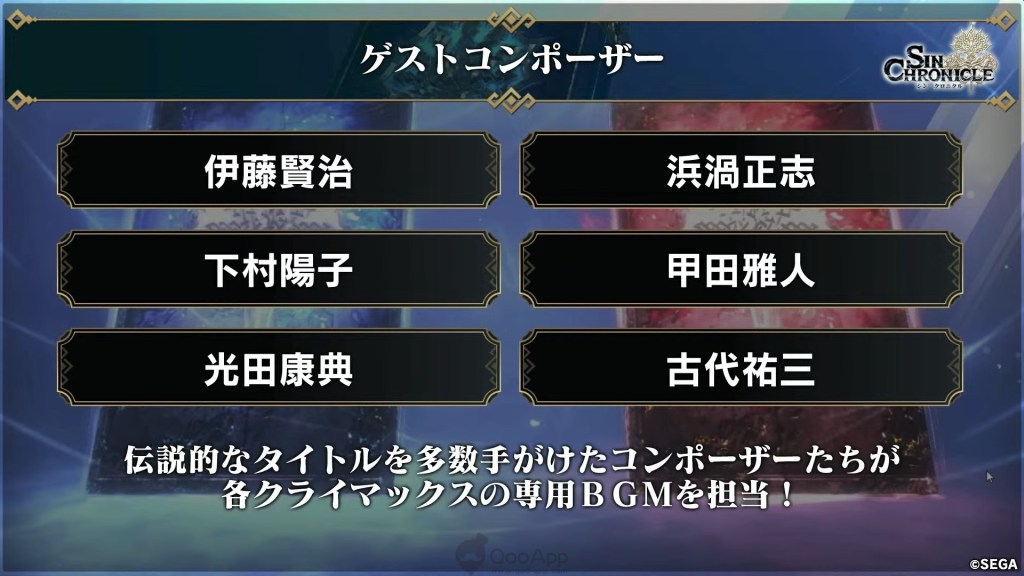 The game is also hosting its first closed beta test from October 1 to 7. Interested players can apply the test on the official website. 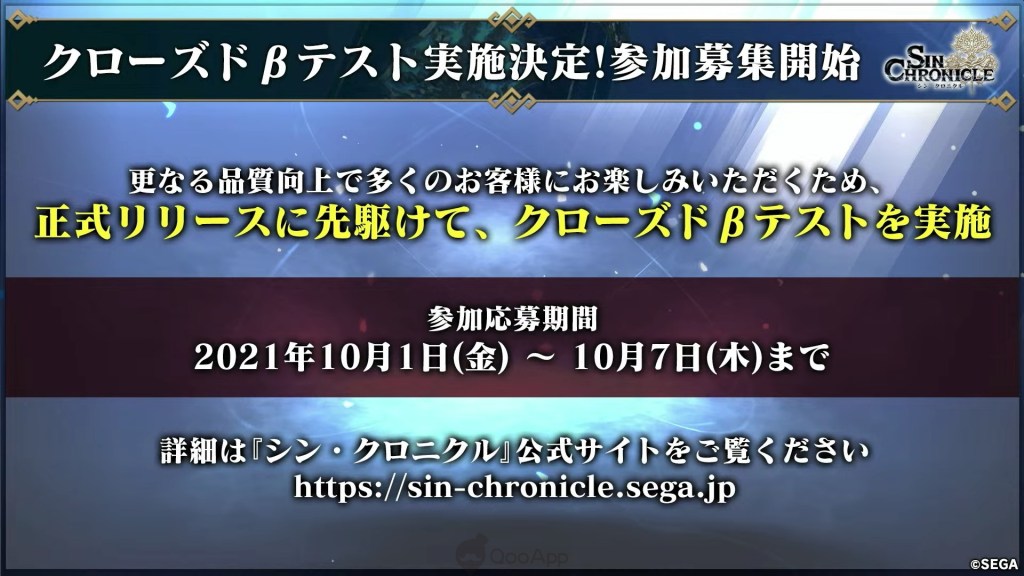 Player can also pre-register the game by following the official Twitter. All players can obtain 800 gems and other in-game items when the pre-registration reaches 500,000. A special login bonus campaign will also be held giving away a maximum of 2,000 gems. 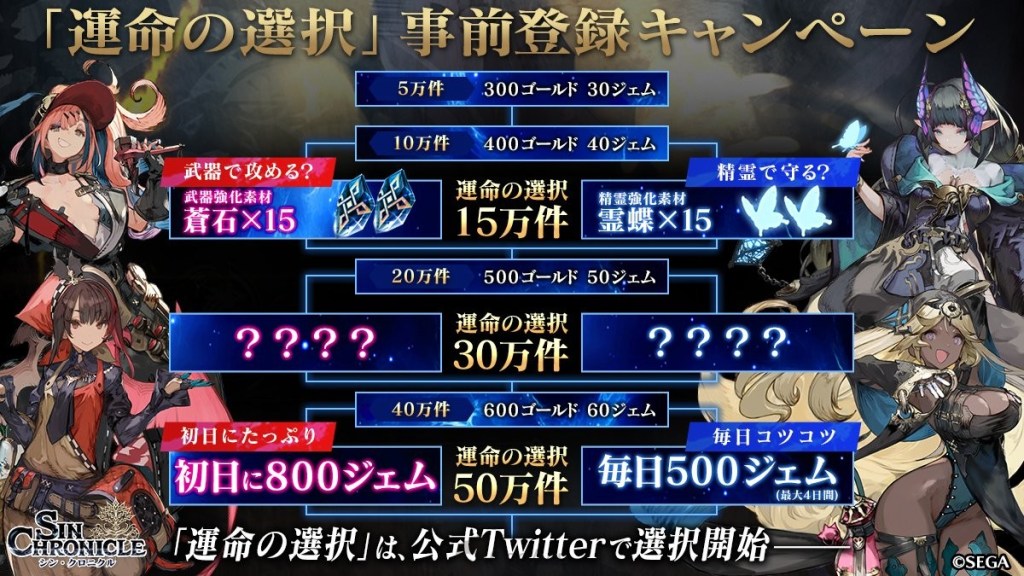