The musician artist aqu3ra will provide an original song for the game’s unit MORE MORE JUMP！, while Kinoshita will provide another for Wonderlands x Showtime. The newly written song will be playable in the game in August. 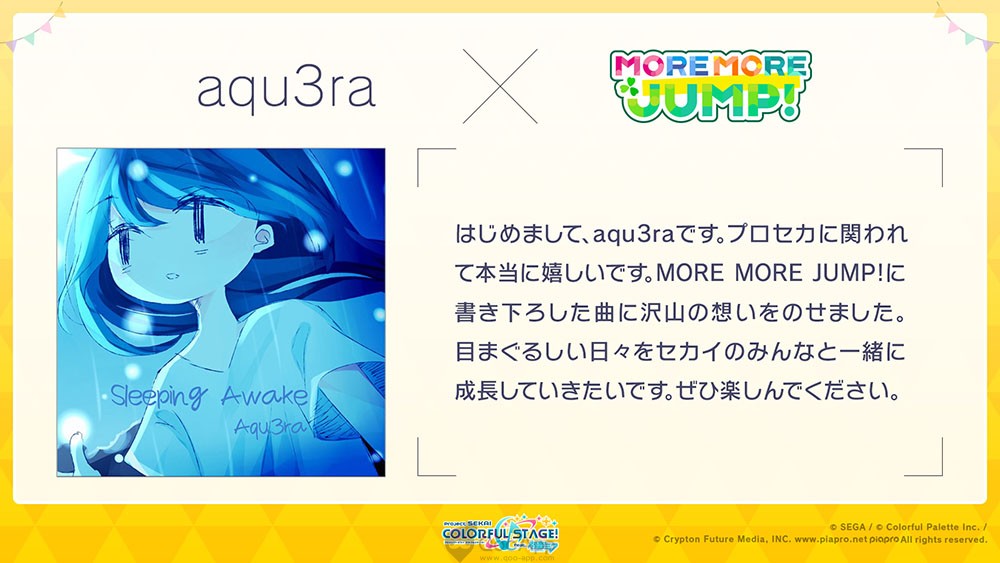 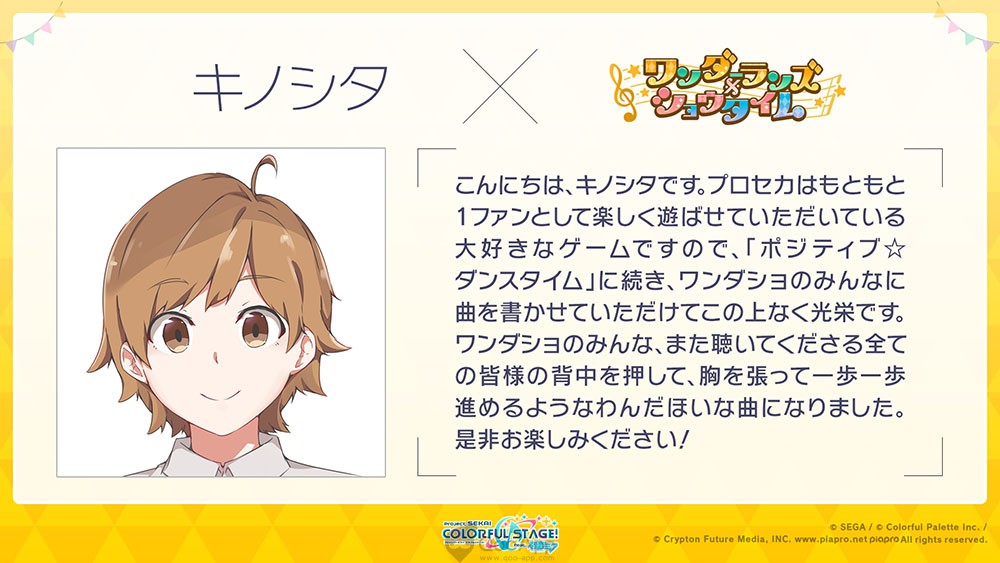 Jin’s Kagerou Daze (カゲロウデイズ) and Children Record (チルドレンレコード) from the Kagerou Project are confirmed to join the game as playable songs. A Sekai ver. performed by Leo/need and Vivid Bad Squad will be available respectively. 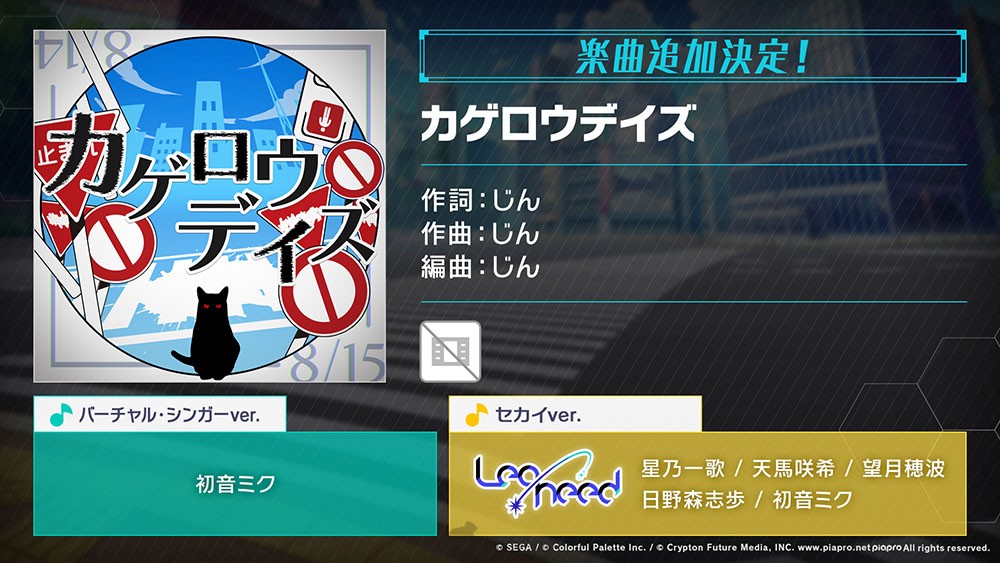 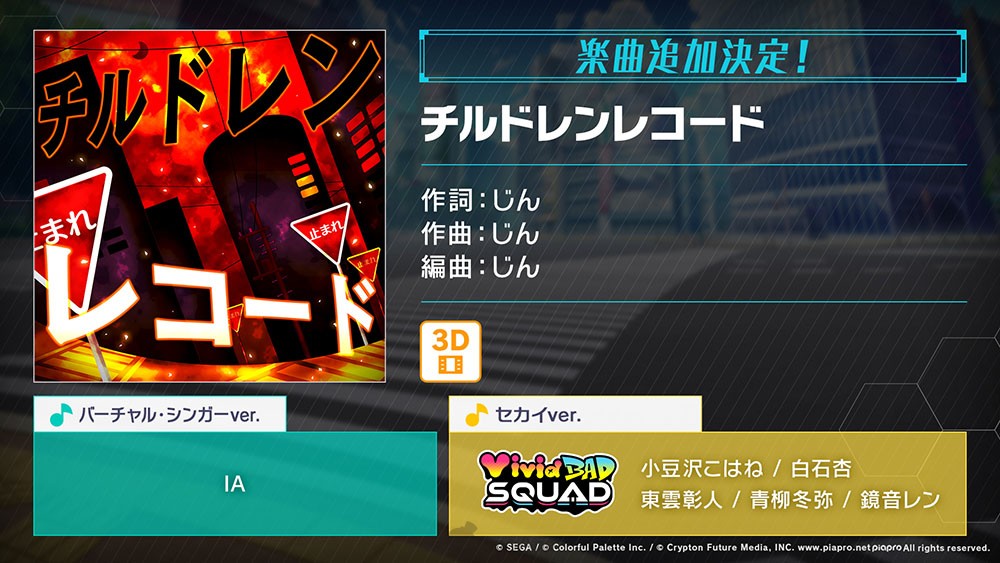 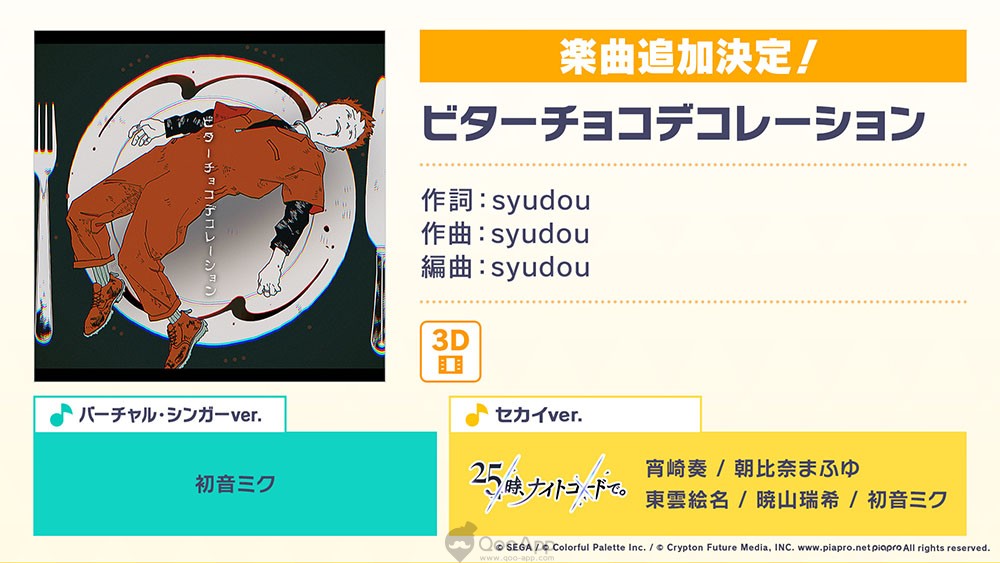 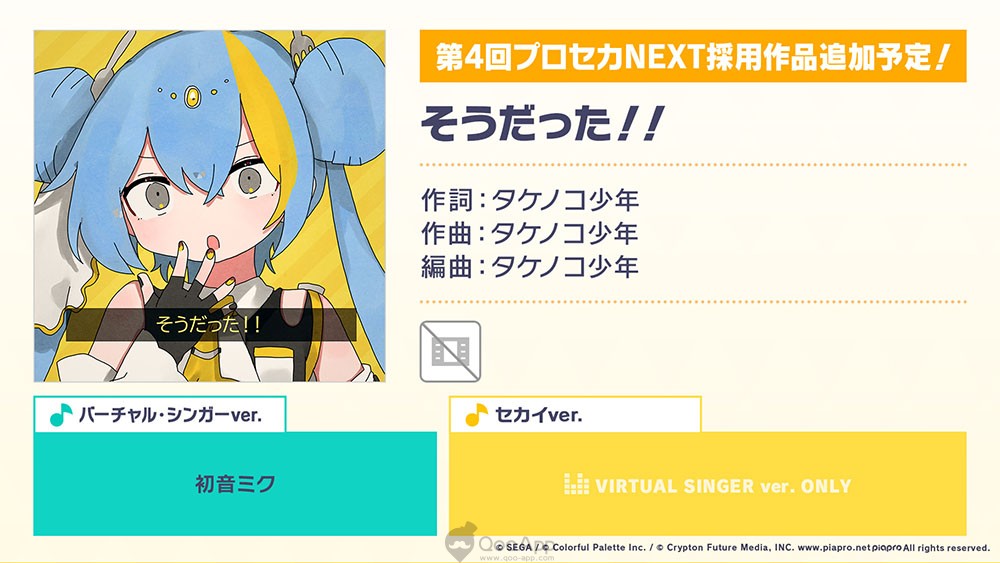 To celebrate the game reaching 5 million users, a login campaign will be held between July 26 to August 3 giving away a bunch of in-game items. 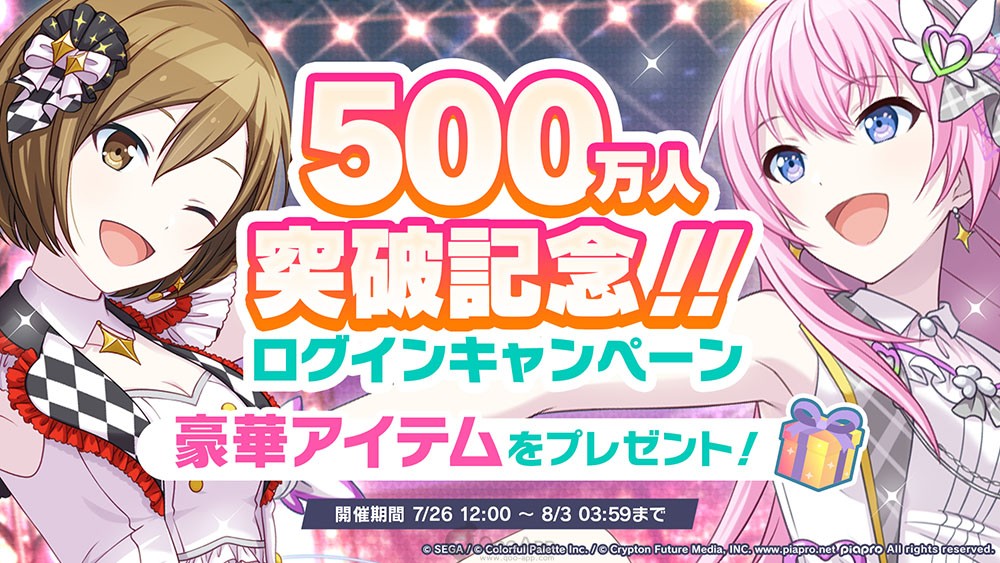 The Birthday Virtual Live of Shiraishi An (CV: Tomomi Jiena Sumi) and Hoshino Ichika (CV: Ruriko Noguchi) has been confirmed. Players attending Virtual Live can obtain limited titles. Limited virtual live items will also be available in the Shop. The schedule is as follows; 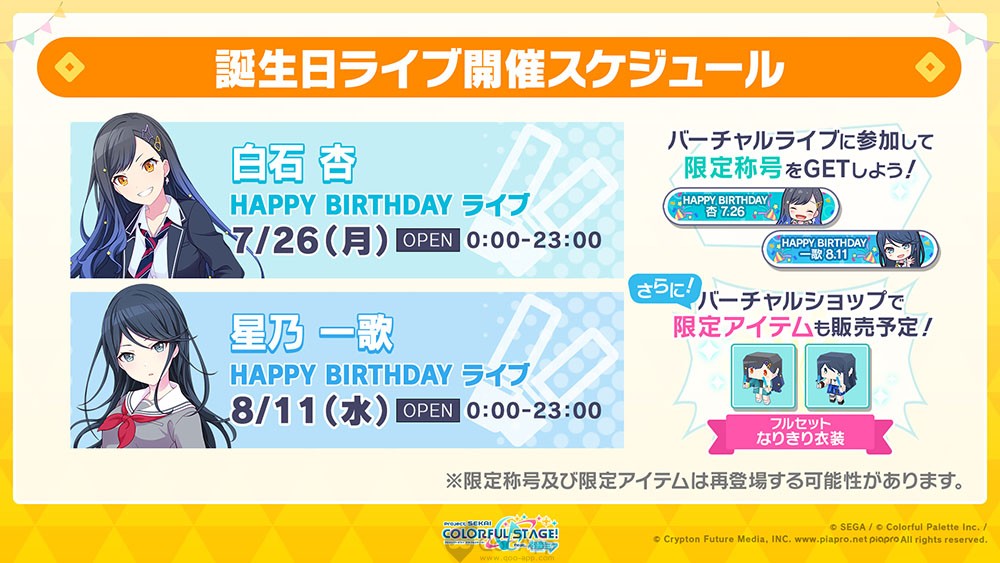 The 2D MV of syudou’s Jackpot Sad Girl Sekai ver. will start streaming on August 2 on the official Youtube channel. 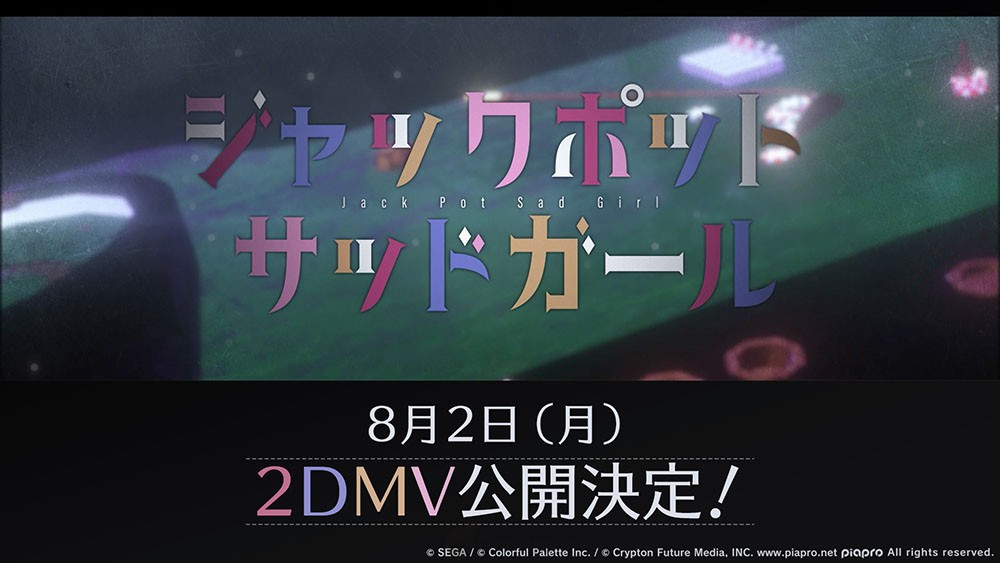 A special programme taking a sneak peek of the working scene of 25-ji, Night Code de. will be streamed on July 29 for 24 hours. 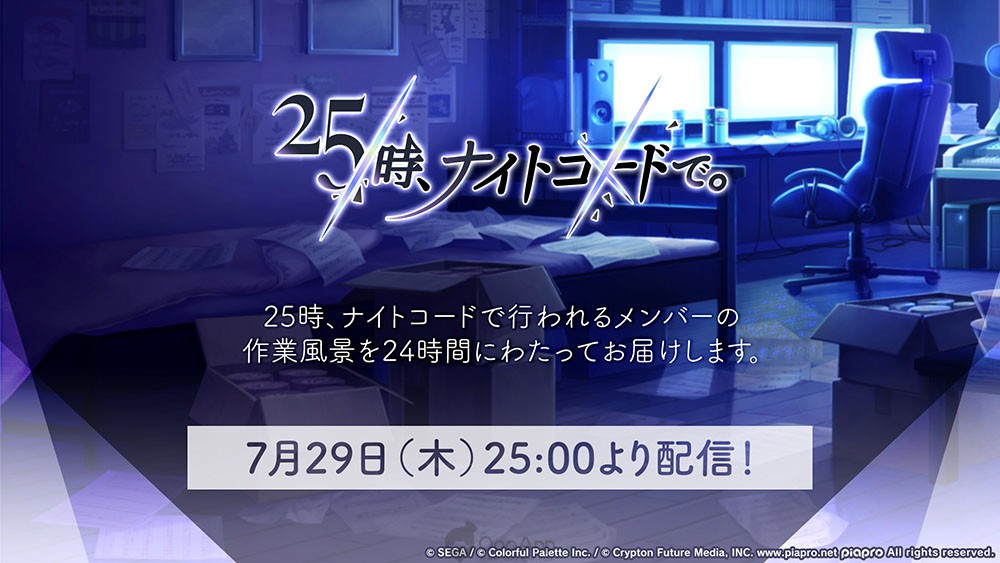 As a Summer Holiday Campaign, the original soundtrack containing 40 BGM songs of Project Sekai will be released on YouTube. A special Summer Holiday radio program by each unit will be streamed. The second “Event Story Theater” is also confirmed in August. 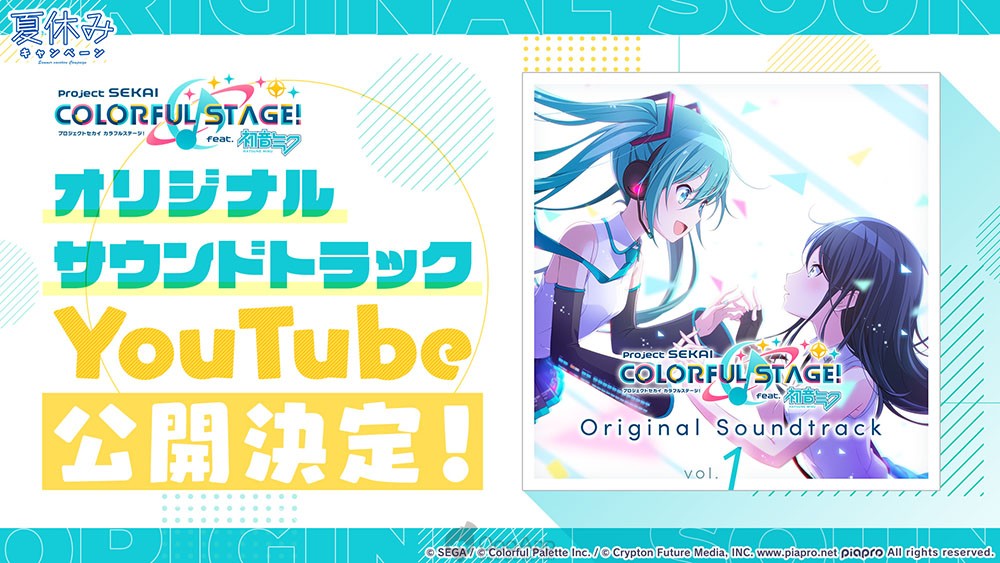 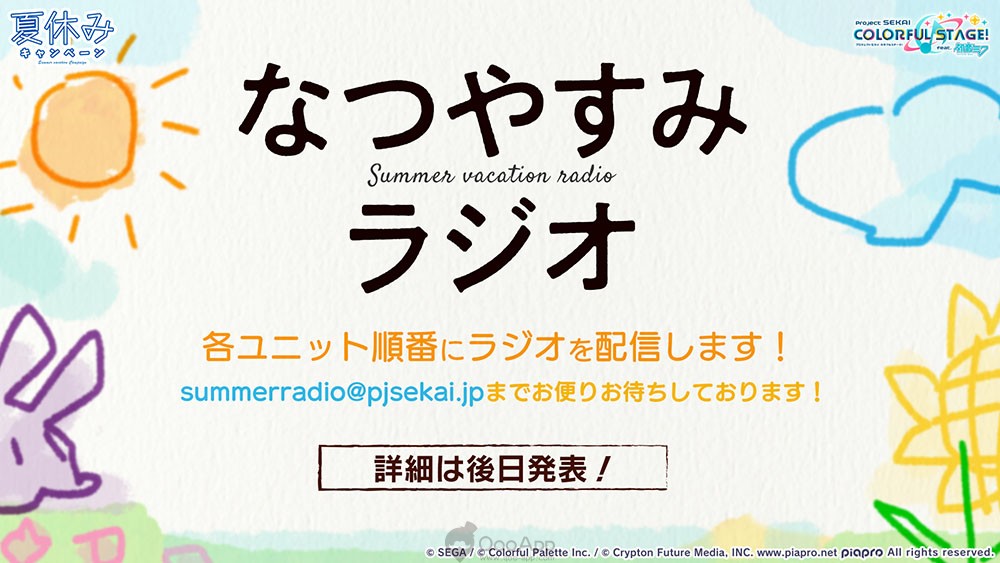 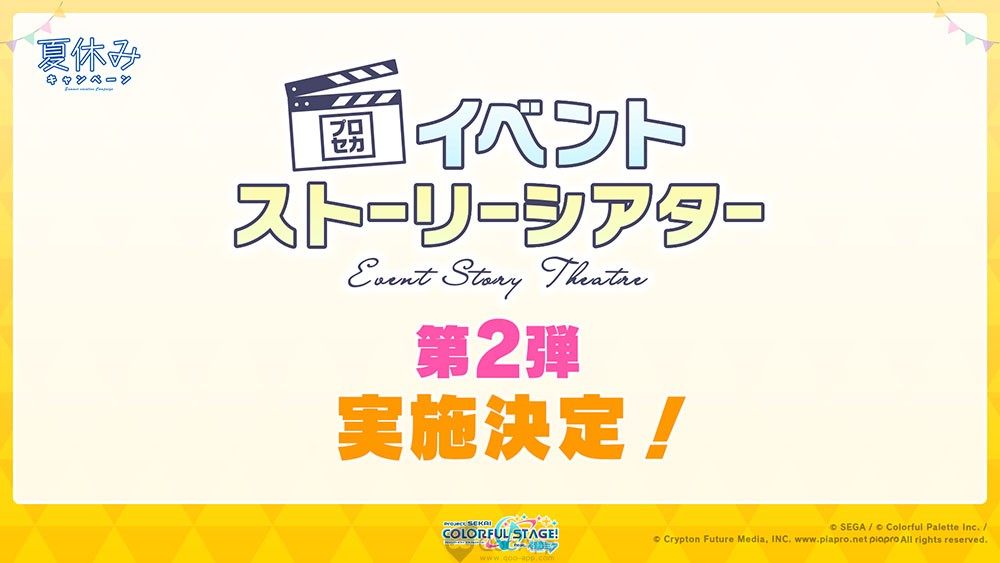 Project Sekai official rhythm game tournament“Project Sekai Championship 2021 Autumn” will be held in mid-August. An online qualifying will be hosted. Details will be announced later. 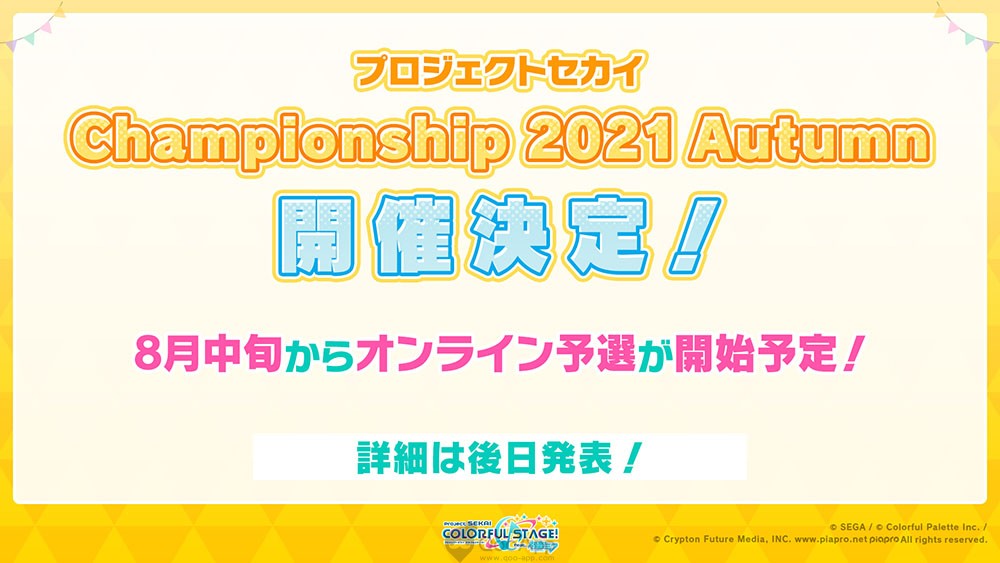