Game developer Palette revealed on Sunday that it will release its all-ages 9-nine- PC game for Nintendo Switch and PlayStation 4 in spring 2022. 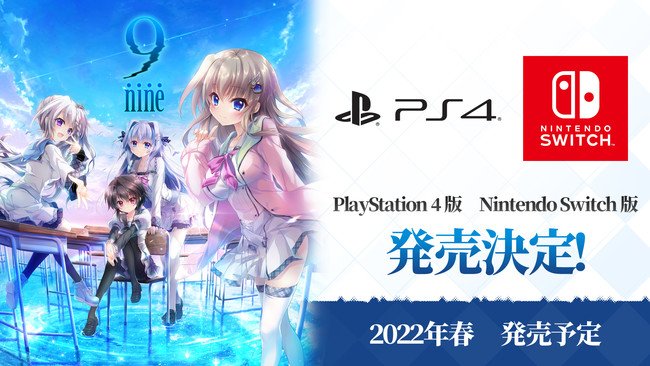 The 9-nine- game consists of four "episodes." Sekai Project has released all four episodes on Steam in English.

All of the episodes share the same world and setting, but each focuses on a different heroine. Sekai Project describes the games:

9-nine- is a tale of the town of Shiromitsugawa, host to mysterious Artifacts and the superpowers they bestow on their Users. A tale of growing trust and budding romance between the protagonist and the heroine, and also a murder mystery where they hunt down the culprit behind a series of supernatural murders.

Palette released the four episodes separately in 2017-2020 for PC, and then released all the episodes plus an extra episode in a bundle for PC on April 23. The PS4 and Switch versions will be based on this release.