Per Scholastic, Deadlock Rebels is written by Lyndsay Ely and released as part of Scholastic's AFK imprint. It tells the story of how Ashe, after being disinherited by her wealthy parents for getting arrested one too many times, teams up with her omnic butler B.O.B. and local ruffian McCree to pull of a string of dangerous heists across the American Southwest, "catapulting the trio into a game of fast money and dangerous alliances."

McCree, an offensive-focused character with a cowboy theme, has been a playable character in Overwatch since the game's launch in 2016, and quickly became a fan-favorite among players. His former cohort Ashe, a mobile and versatile shooter, made her explosive debut alongside B.O.B. in the animated short Reunion.

Deadlock Rebels is the second Overwatch novel published by Scholastic. The first was The Hero of Numbani by Nicky Drayden, which focused on 11-year-old inventor Efi Oladele as she builds the robotic defender Orisa to protect her city from the terrorist Doomfist, joining forces with freedom fighter and DJ Lúcio dos Santos.

The full description for Overwatch: Deadlock Rebels reads as follows:

Released as part of Scholastic’s AFK imprint and penned by acclaimed author Lyndsay Ely, Deadlock Rebels arrives as an original story exploring the founding of the Deadlock Gang and the origins of fan-favorite heroes Elizabeth Caledonia Ashe and Jesse McCree in the years following the Omnic Crisis. The American Southwest is ripe for the taking and ruled by those looking to profit off the chaos. When Ashe is arrested yet again on the morning of her high school graduation, her aloof, old-money parents decide to disinherit her from the family fortune. To steal back what's rightfully hers, Ashe teams up with her omnic butler, B.O.B., and local ruffian McCree for a series of heists, catapulting the trio into a game of fast money and dangerous alliances.

Overwatch fans can look forward to high-octane chases and action-packed stand-offs found throughout Deadlock Rebels, while also discovering alongside Ashe that family isn't just about blood – it’s about the people who've got your back when your back's against the wall!

The book is now available in paperback, e-book and audiobook formats from the Scholastic Store and other retailers. 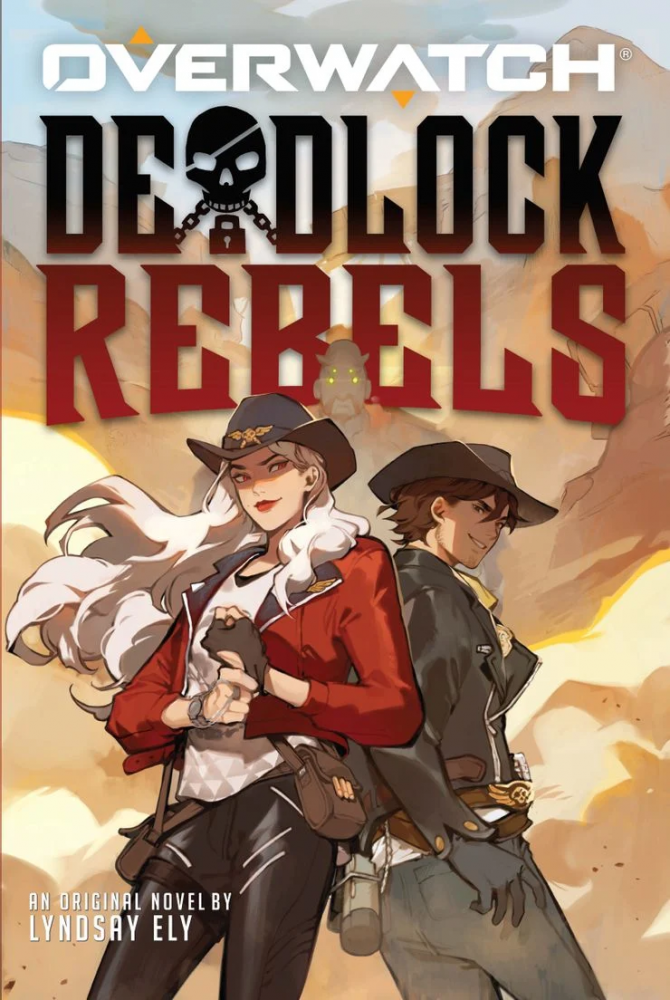