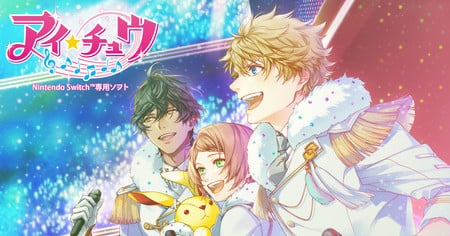 D3Publisher and Opera House announced on Wednesday that it will release Liber Entertainment Inc.'s I★CHU game for Nintendo Switch in spring 2022.

Liber Entertainment Inc. released the original "love rhythm adventure" game for iOS and Android in summer 2015. The game features 42 voice actors in the main story, performing original songs. In the game's story, a famous talent agency called Ailedore has created an academy called Etoile Vio School to train budding idols. Players play as both a teacher and producer for the students.

The original game ended its online service in July 2020. However, Liber Entertainment updated the game on the same day to work offline. This offline version was available until December 2020, although players could not purchase in-game Discs or obtain Scouts in it.

The smartphone game inspired the I★CHU: Halfway Through The Idol television anime in January.