Cygames’ Granblue Fantasy mobile/ PC game has revealed the details for the collaboration event with Gintama, which will run from October 15 to 28. 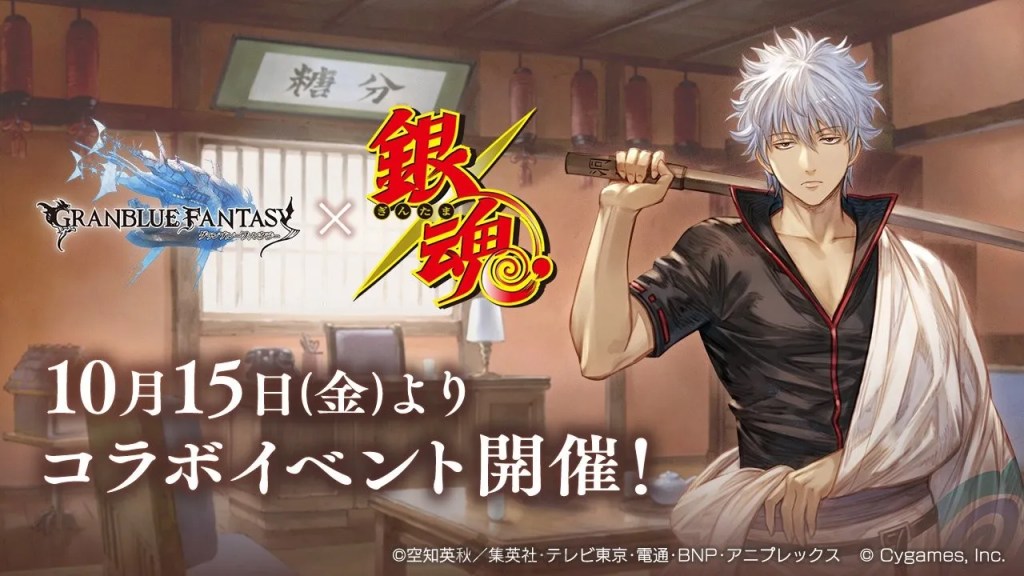 The “Gintama Shonen Jump is Best Enjoyed Cover to Cover” event will feature an original scenario with characters of Gintama. Shinsengumi’s Toshiro Hijikata and Sougo Okita will be joining your party after clearing chapter 1, episode 3 of the collaboration story. 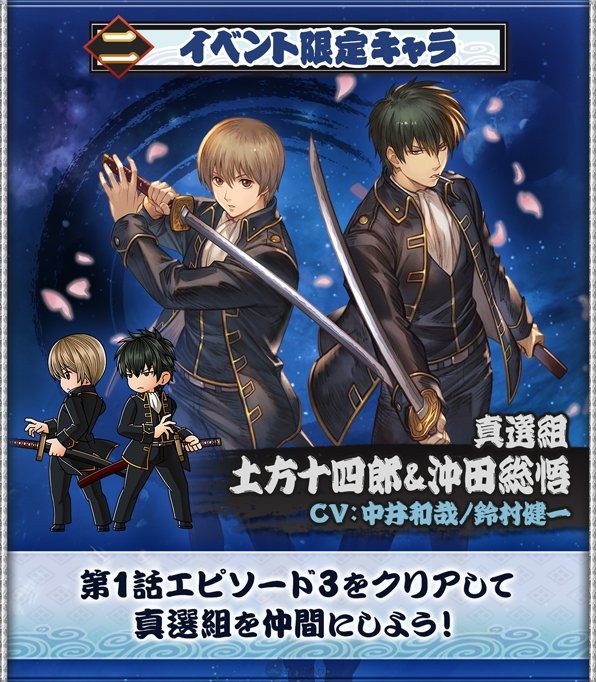 The second half of the event will begin on October 20, where you can obtain Yorozuya’s Gintoki Sakata, Shinpachi Shimura and Kagura after clearing chapter 5, episode 3. 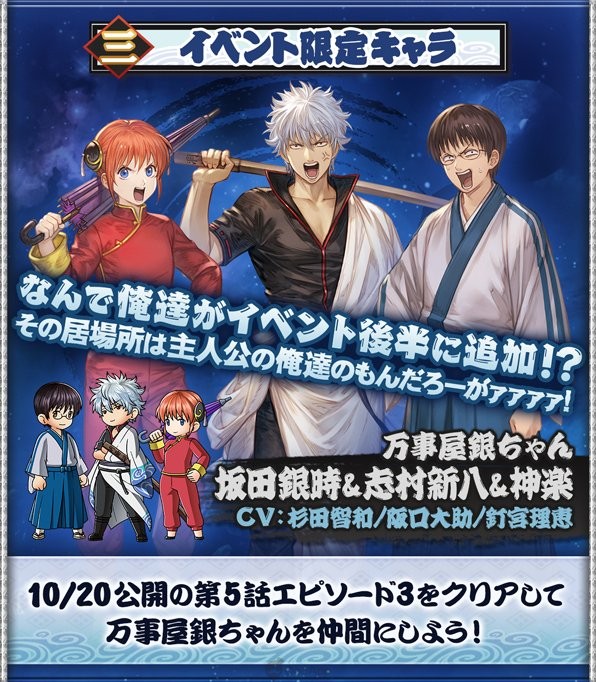 Clear the collaboration quest and collect treasure to trade for Collab Summon, Kotaro Katsura and Elizabeth, and Wooden Sword Lake Toya through starting on October 20. You can also uncap these items by collecting special treasures from Raids and Nightmare quests. 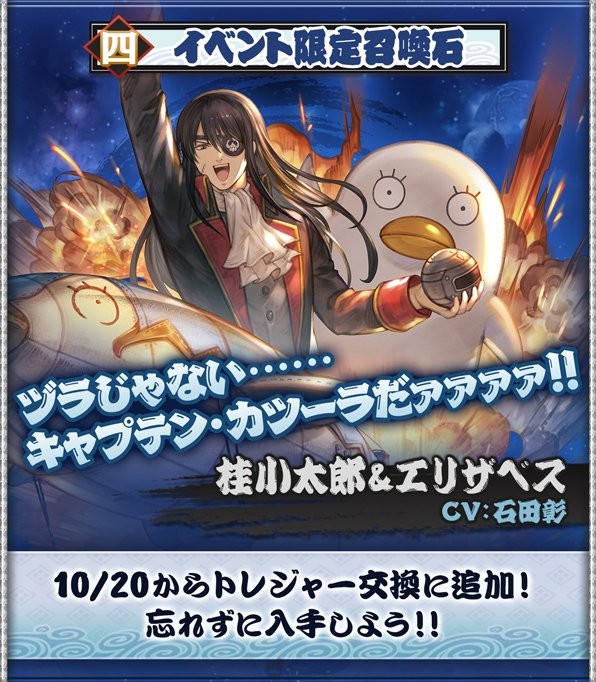 Don’t forget to check out the special collab audio featuring Gintoki (CV: Tomokazu Sugita), which is available in-game and on the official Twitter! 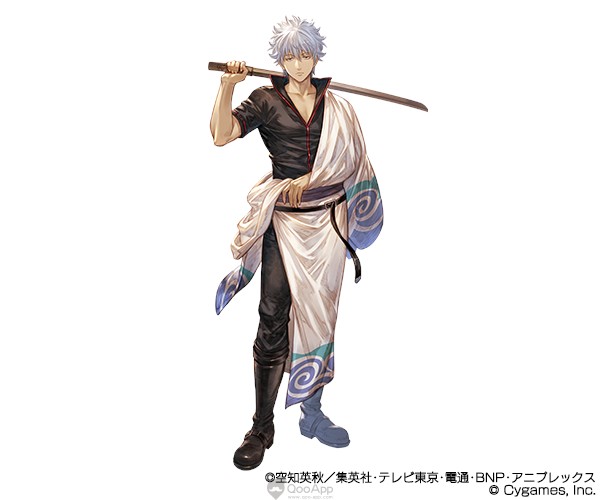 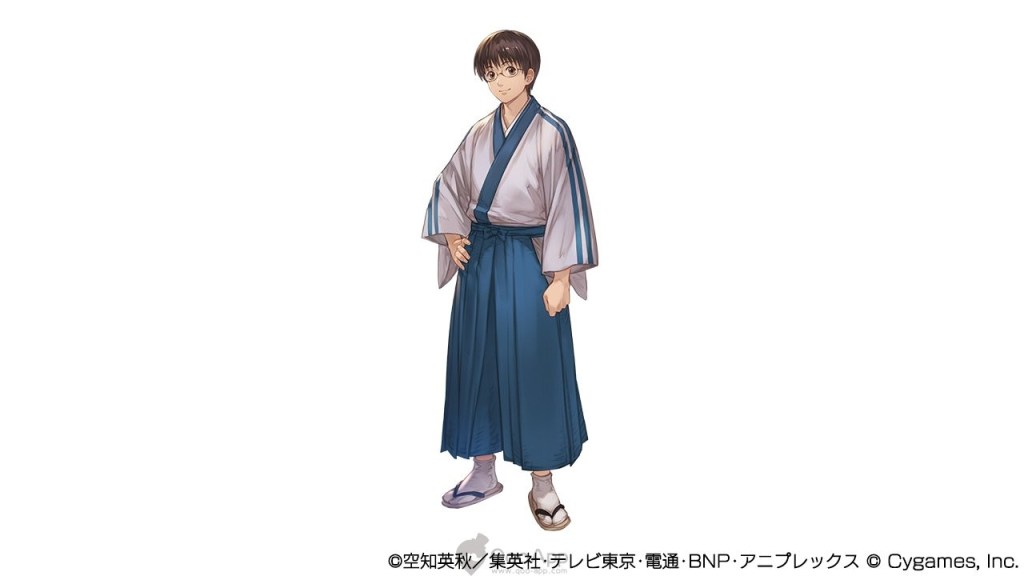 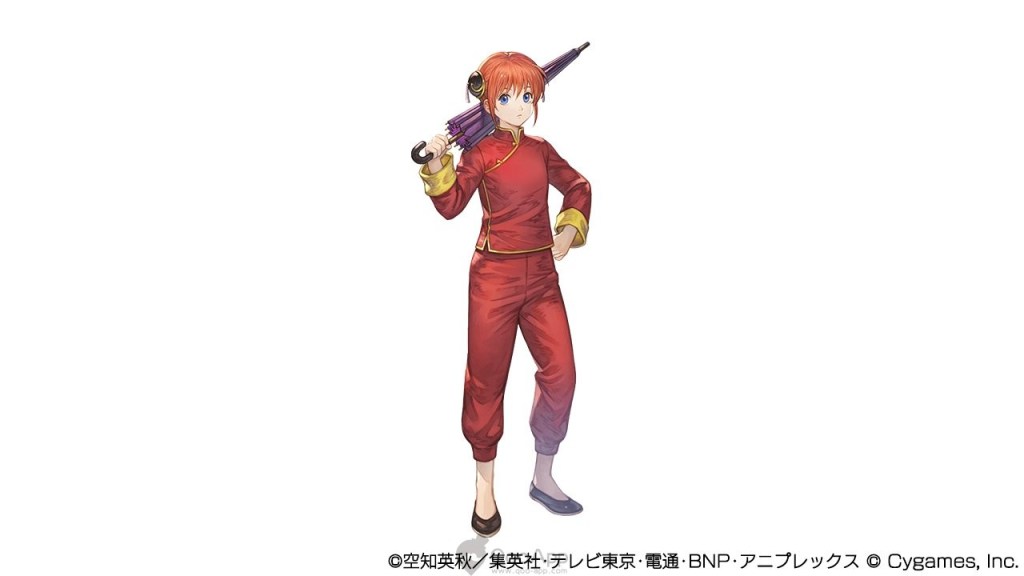