For those who does not familiarize with the franchise, Deep Insanity is a mixed-media project created by Square Enix,with worldview created by PSYCHO-PASS writer Makoto Fukami, School-Live! anime writer Norimitsu Kaihō and manga artist Etorouji Shiono. The project includes a manga, game, and anime, which premiered last month. 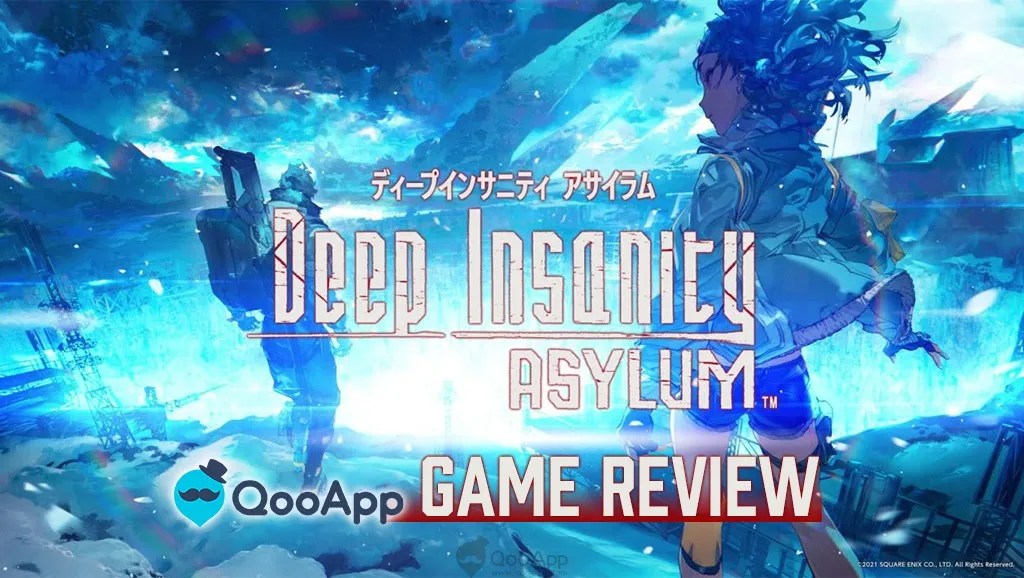 The story of Deep Insanity ASYLUM takes place in the same universe as the manga and anime but there are some changes in the disaster level of the virus “Randolph Syndrome”. Players are told that 500 million people have been infected with this fatal virus that encourages violence and death.

You are tasked to find a cure in Asylum, an underground refuge shelter in Antarctica that harbours a completely different environment from the continent, as well as working with the “Sleepers”, humans with special abilities to combat the virus-infected enemies.

Throughout the game, players will experience the story in the form of dialogues with background music playing to support the theme of the current stage. But the lack of character voices hinder the whole story experience.

In Deep Insanity ASYLUM,  players can decide the skills and weapons equipped on their Sleepers. This customization feature allows players to build their ideal team according to their preferences. The combat system follows a command turn-based style where players choose the skills from the bottom of the screen for their character to unleash in real-time.

Different strategies can be applied when the characters can use their skill/chain attack to push the enemies back. On the battlefield, there is a BREAK line on both your side as well as on the enemies side. When your characters are under attack and get pushed by enemies behind the BREAK line, they will take extra damage.

Similarly, if your team pushes enemies back to their break line, they will deal more damage to the enemies. This helps lower-level team having a chance to defeat stronger enemies with proper strategies. The game system also has element affinities, so multiple strategies can be used.

Players can experience a pseudo-open world where you walk around the map, talk to NPC characters, and accept different quests, side quests, and challenge missions. This gives players a feeling of connection with the environment, especially with the dramatic music. It’s a shame that the character voice is missing or it would have made the experience even more enriching.

Each quest has different challenge missions  and complete the mission gives you bonus White Stone (in-game currency). Players can take on side quests by talking to other NPC characters in the Asylum to increase their Investigation Level. The higher the player’s investigation level, the more side quests they can get.

All characters in Deep Insanity ASYLUM features cute and thrilling 3D chibi models and each of them have special animations when unleashing character skills. Players can collect characters either through Gacha or completing the main story. These two ways actually gives you the same characters but with different rarities.

Actually there are only seven characters available in the game. The rest are the different rarity and element versions of these characters. This might be a turn-off point for many players when it won’t provide motivation to collect characters.

The game does, however, feature a very clear and concise upgrade system in which players can make their Sleepers more powerful. They can do this by leveling them, promoting them, awakening them to increase their base stats, and equip them with high rarity equipment. Note that promoting characters need their character shards which can be gathered in Gacha, event shops. The in-game Supply facility will also let you produce a single fragment of any hero you own in 8 hours.

It is good to find that Deep Insanity ASYLUM features various content for all kinds of players. The PvE and PvP. PvE content has the usual material grinding boss battles, equipment (called FIBE) gathering quests, EXP farming battles, etc. Players can fight each of the material grinding stages up to 5 times a day.

One amazing feature is the sheer amount of stamina available from the beginning. Players can skip battles using skip tickets which are regenerable through the Supply facility, obtained via daily/weekly missions, and event exchange shops. The Arena mode also allows players to fight against each other in a real-time.

Deep Insanity ASYLUM brings with itself a fresh command-based combat system which is not seen frequently found in gacha/RPG games nowadays. It also impressed with the elements of a traditional JRPG. It has beautiful artwork and cute semi-chibi 3D models for all of its existing characters but the lack of characters is a slight disappointment. It will appeal to players who are looking for a traditional JRPG in a modern setting with up-to-date artwork and animations. The game’s lack of original characters can also be solved in future updates, so it definitely worth a try.